The spa town Třeboň is an important tourist, recreational, cultural and administrative centre in South Bohemia. The centre of the town is protected for its historical value.

The history of the town dates back to the middle of the 12th century, when the settlement was founded on a trade route in this marshy country. Its Czech name is first mentioned in 1262. At that time the village was under the ownership of the Wittigon´s family (Vítek of Prčice family) ). Since the 13th century Třeboň has been known as a town. It was fortified in the 14th century and it became the property of the Rosenbergs . They owned the town from 1366 till 1611, the period of its biggest growth. The development of the pond culture in the 15th and 16th centuries was a very important part of this boom. The large system of ponds and canals was founded around Třeboň (Svět Pond) lying on the outskirts of the town and Rožmberk Pond, which is the largest pond in Bohemia. The famous builders of ponds Štěpánek Netolický and Jakub Krčín worked here at that time.

Třeboň burnt down several times and it was badly damaged during the Thirty Years' War. Around 1640 the plague epidemic killed nearly all the population. In 1660 Třeboň became the property of the Schwarzenbergs, who started the renewal of the town. The town got a new baroque face. At the end of the 19th century a spa was founded in Třeboň and peat was used for healing there. The spa was enlarged and rebuilt into a sanatorium for the healing of muscles and joints.

A unique fortification system is preserved in Třeboň. Štěpánek Netolický added the second belt of defensive walls with bastions, moat and ramparts to the simple town walls. Three huge town gates protected the town: Hradecká Gate, Novohradská Gate are on the eastern side of walls; the Budějovická Gate is on the western side. The chateau, which stands on the south-western outskirts of the town near the square, became a part of the fortification too. The square in the historical centre is enclosed with private houses with the renaissance and baroque gables. The most important building is the town hall. The Marian column, which stands in the middle of the square, originates from 1781. The relics of the Augustinian Monastery from the 14th century and the St. Gilles' Church are situated in the north-western part of the town not far from the centre. 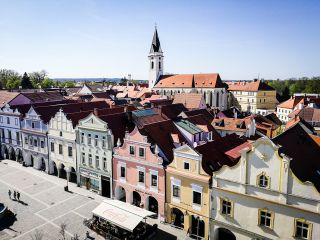 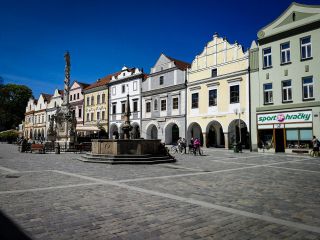 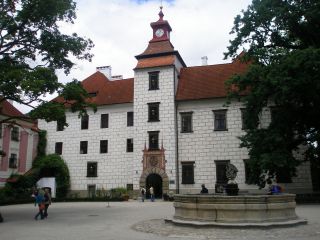 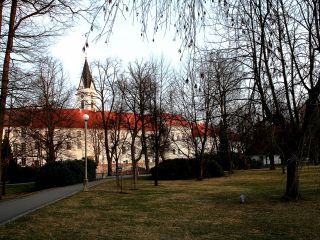 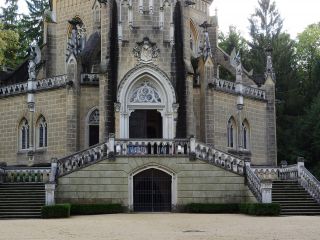 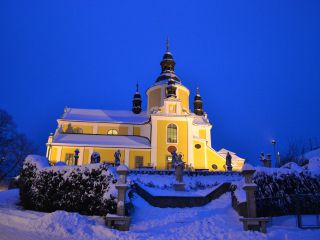