Šumava, the oldest and the largest Czech mountain range stretching along the Southern border of the Czech Republic, is 120 kilometres long and 45 kilometres wide. It starts not far from Vyšší Brod and ends about 20 kilometres in a Westerly direction from Klatovy near the village Všeruby.

The highest peak of the mountain range is Gross Arber, with its 1.457 m height. The peak is situated in the German part of Šumava, not far from the town Železná Ruda. The highest peak on the Czech side is Plechý (1.378m), situated above the Lipno artificial water reservoir.

The artificial lake Lipno, 48 kilometres long, is also a part of the Šumava area.

But the specific Šumava phenomenon is mostly represented by the natural glacial lakes lying at an altitude of 1000 m. Šumava is well-known for its moorlands, wetlands, quagmires, fens, mountain forests and numerous species of wild flowers. And all these are folded inside a moist and foggy atmosphere. The under populated area of Šumava has its characteristic charm and a mystic deepness that always attracts writers with strong imaginations (Váchal, Stifter, Klostermann).

Šumava is an extremely precious natural landscape hardly touched by human influence. That is why many natural reservations were declared there, and since 1963 they have been a part of a protected area called CHKO Šumava (Protected Landscape Area). The national park in its most valuable form was established in 1991. 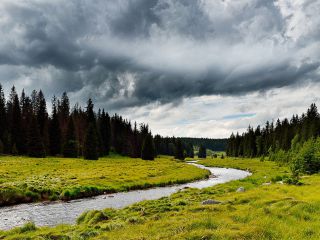 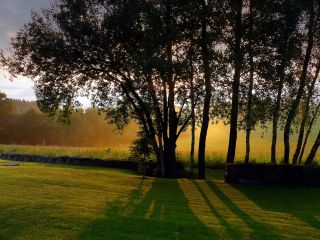 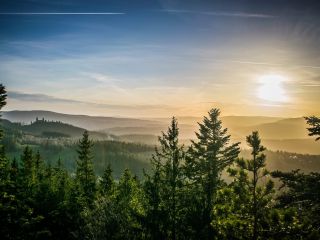 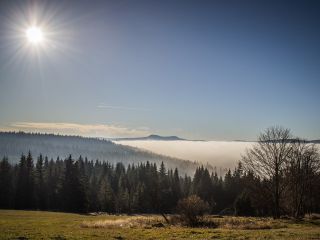 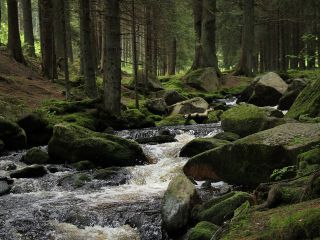 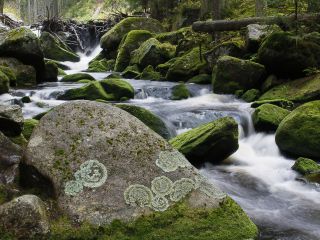