History of the building

The history of the building HOTEL IN THE CENTER at 5 Biskupska Street in which you are now standing begins in the 15th century. The first mention of its existence is dated around the year 1492, during the era of Gothic architecture. A radical restyling of the building was undertaken in the first half of the 16th century. In the first quarter of the 19th century the second floor was raised and a facade in the Classicist style was added, which has been preserved to the present day. The third floor was completed during the 1870s.

During the socialist era the house was granted protection as an historic monument by the Ministry of Culture; however this did not prevent the devastating neglect which could have had catastrophic consequences for the structure of the building.

Thankfully in 1998 the building underwent a thorough reconstruction which lasted for just short of four years and as a result of this the majority of the historic objects in the building were preserved. It is possible to recognize in the interiors of this building features of the Gothic, Renaissance, Baroque and Classicist architectural style.

Thanks to its high historic value the building has been listed as one of the town's protected buildings. 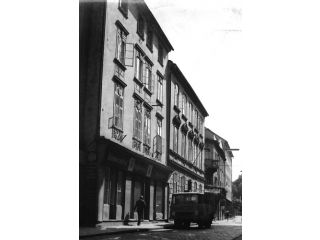 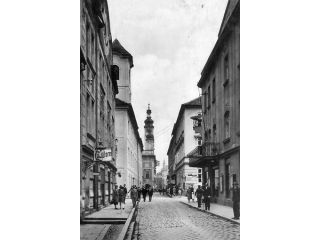 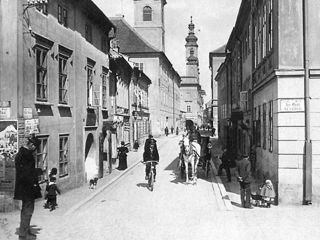